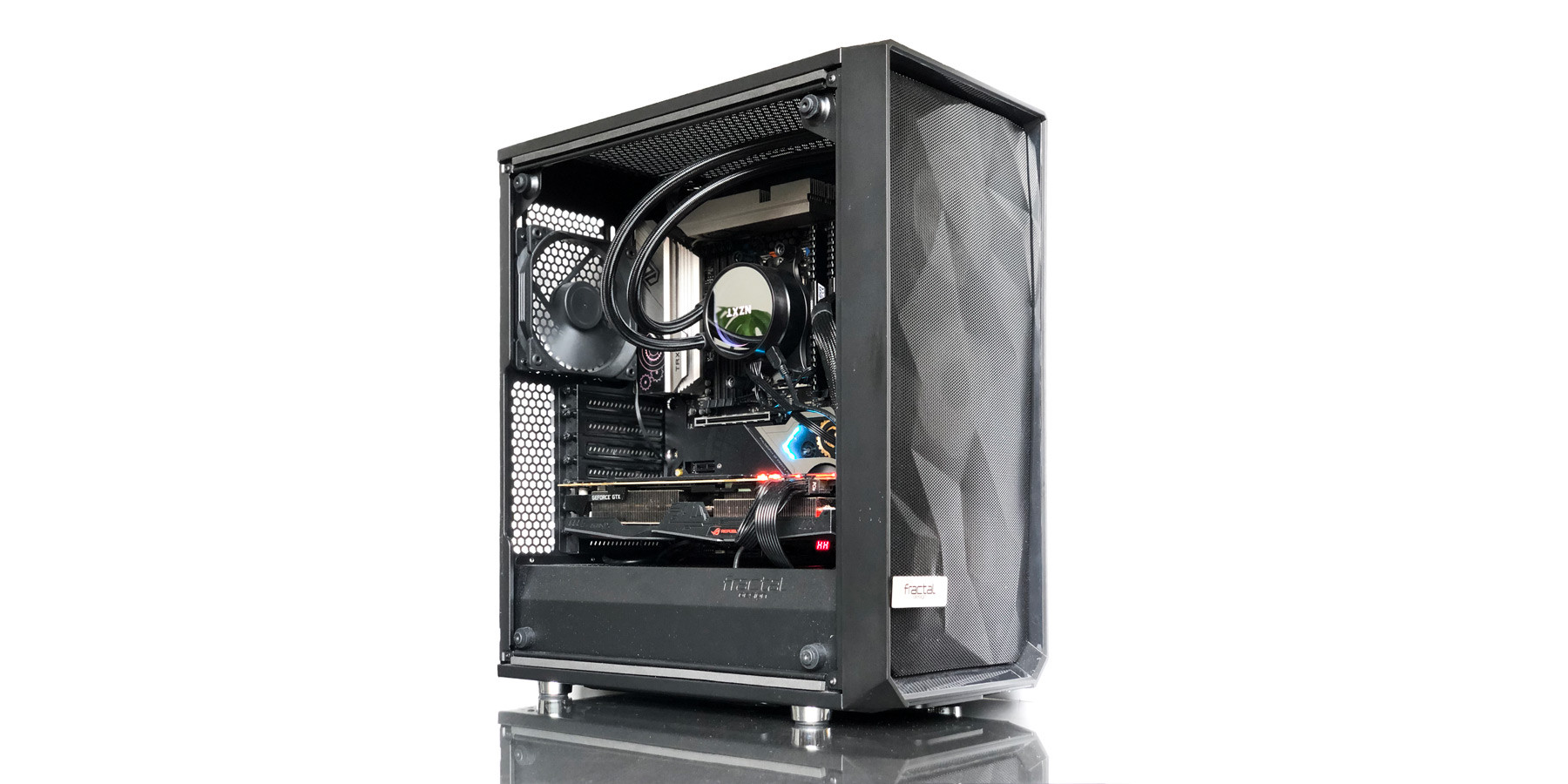 Building a PC for Architectural Visualisation

Building a PC for architectural visualisation from scratch can be intimidating but we are here to tell you it shouldn't be! Although buying a pre-built PC does have its benefits, most people do not even consider building their own workstation.

In this article, we are going to explain how and why you should consider doing it yourself next time you upgrade.

The main benefits of building your own workstation instead of buying pre-built are:

Understanding the purpose of each component allows you to customise your PC to better suit your needs. Below we have broken down all the need-to-know PC components, including a non-technical definition and their importance to architectural visualisation. This should help to gain a practical understanding of each component's role. 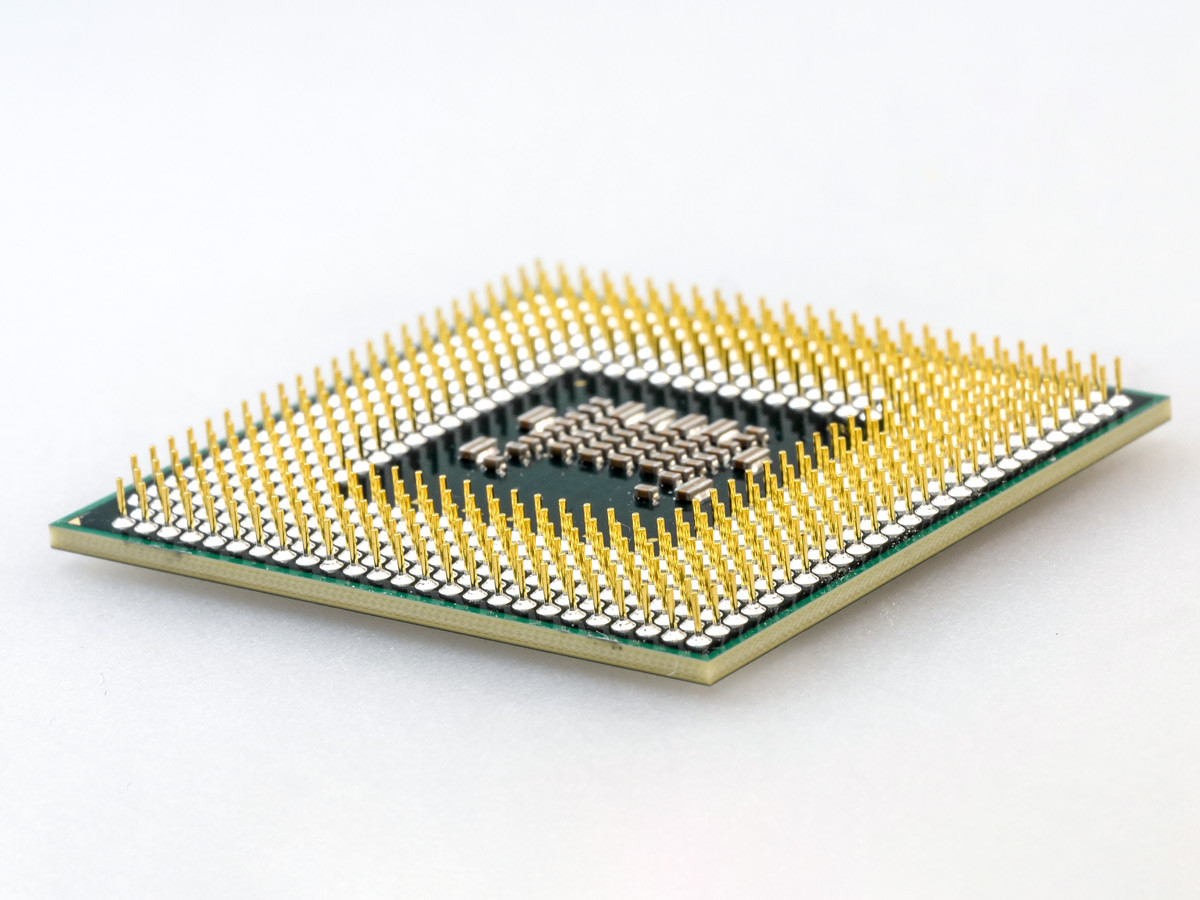 The CPU is the "brain" of the PC. It performs calculations, run programs and is the main source of rendering power. The majority of architectural visualisation work uses the CPU for rendering. This could change at some point in the future, with GPU rendering growing in popularity. But for now, selecting a powerful CPU is vital, if you want to avoid slow render times.

When it comes to comparing CPUs, speed is not the only important stat, the number of cores is also important. A core is the part of the CPU that performs calculations. The more cores a CPU has, the more tasks it can perform simultaneously. A single-core 4GHz CPU will have the same effective speed as a quad-core 1GHz CPU.

The most accurate way to compare CPU rendering power is using a tool called Cinebench. It works by performing a short render and returning a score based on the speed it completes. Thus, it gives an accurate representation of rendering performance. Here is a handy tool for comparing Cinebench scores. With this, you can sort CPUs by performance or even performance by price which is often more useful. 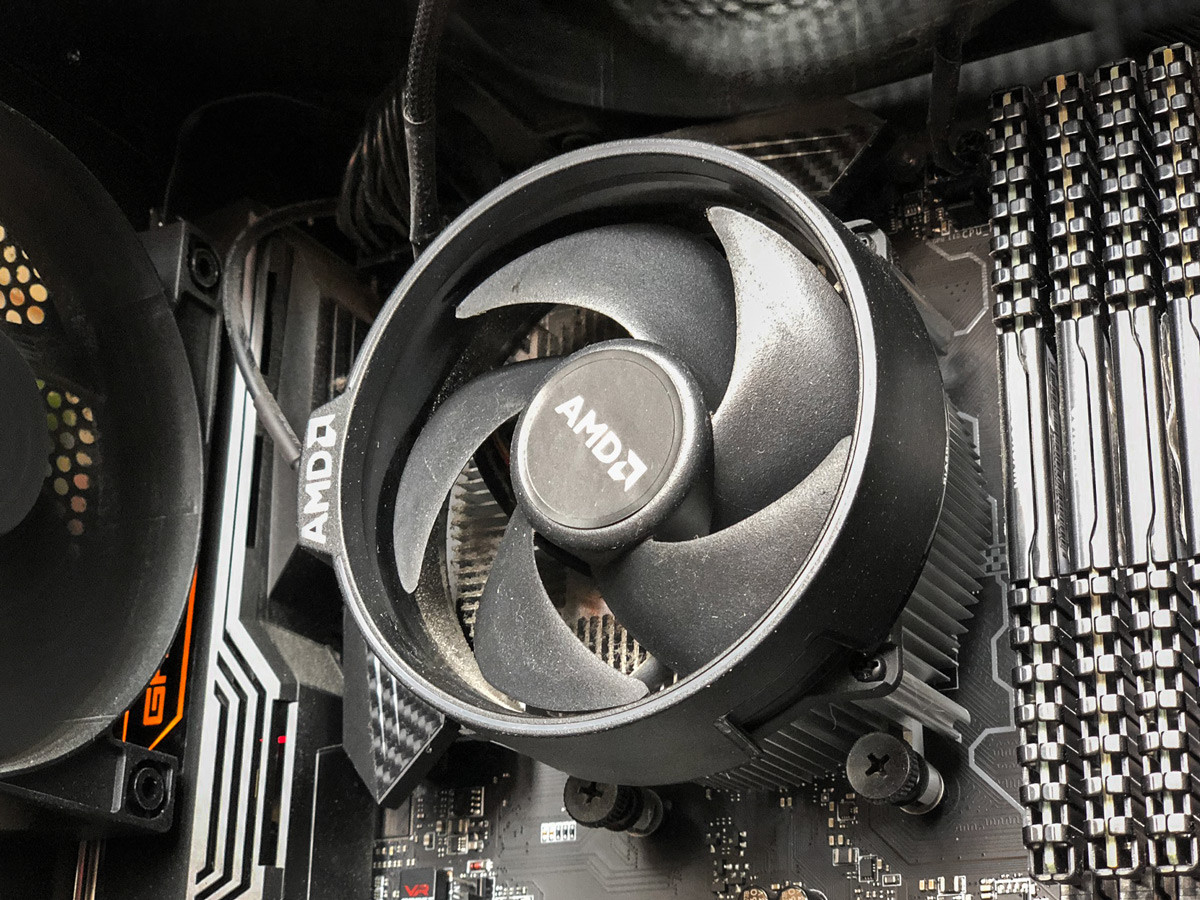 The role of the CPU cooler is to keep the temperature of the processor as low as possible. Some processors come with their own stock CPU cooler. These stock coolers are adequate for budget builds. In cases where a cooler is not bundled in with the CPU, you will need to buy one separately.

Powerful processors generate a lot of heat. Liquid CPU coolers can be a great way to ensure heat from the processor disperses effectively. 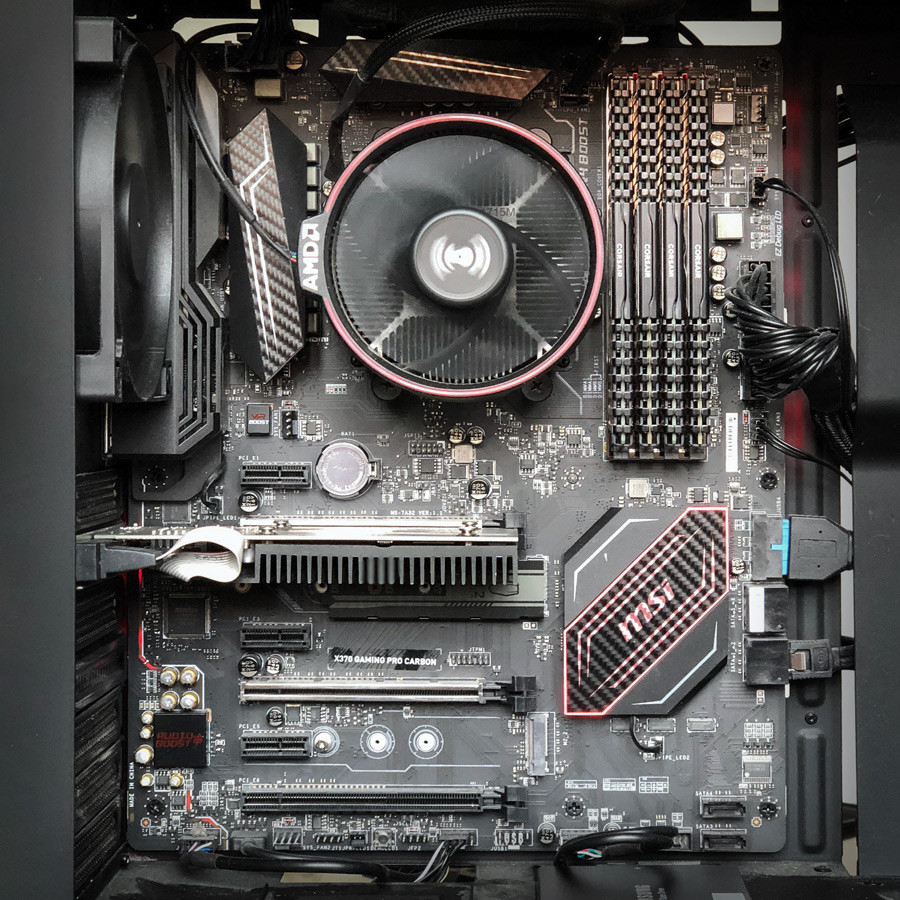 We like to view the motherboard as the "heart" of the PC. It connects all the other components and allows them to communicate. Therefore, it is important when selecting a motherboard, to ensure it is compatible with the rest of your components. Most importantly, it must have the same socket type as the processor. We will discuss how to check compatibility in the next section.

Accounting for future upgradability is a good idea. A motherboard that supports up to 128GB of RAM instead of 64GB will likely be worth it in the long run. Some motherboards have built-in WiFi and Bluetooth functionality. So, keep an eye out for these if you need them and do not want additional adaptors. 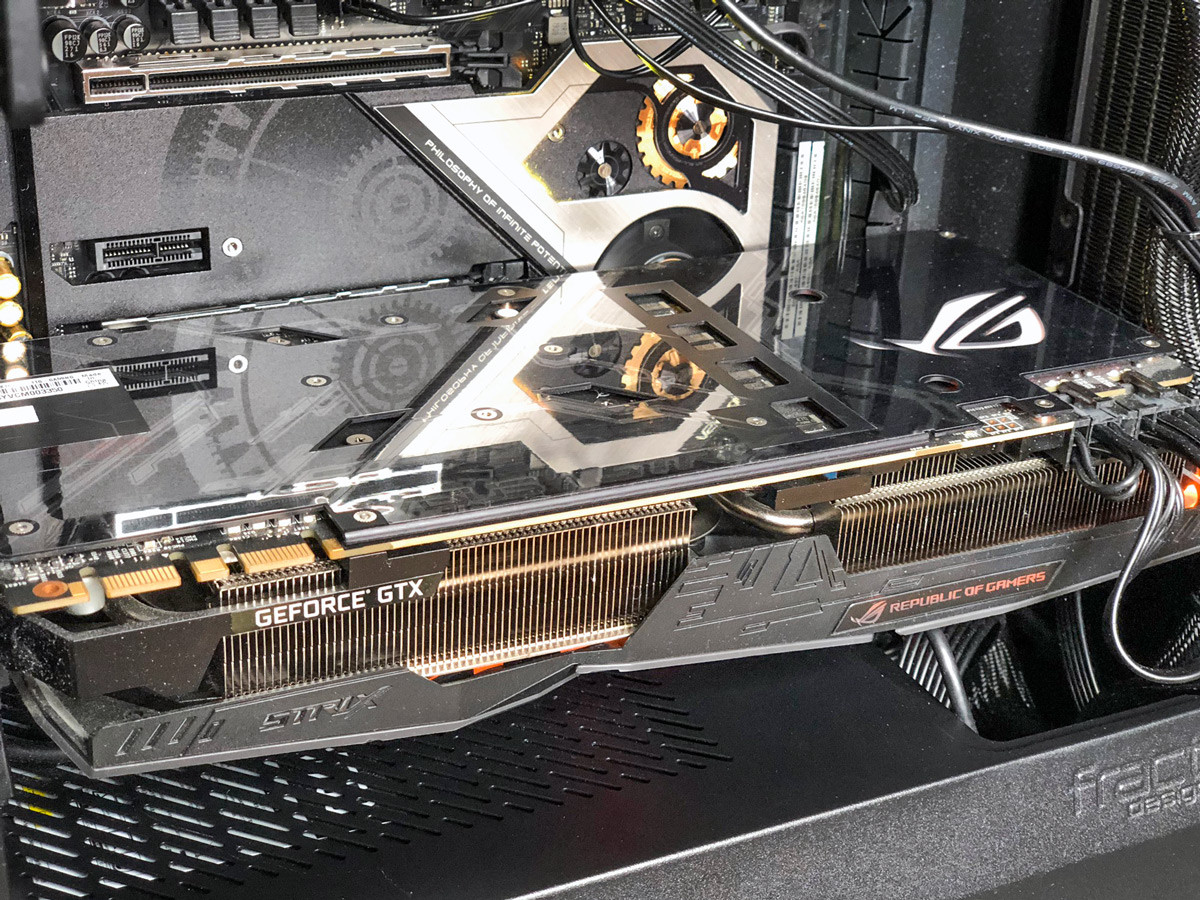 The video card or GPU handles outputting images to your screen(s). In recent years, 3D rendering on the GPU has become a possibility. With many popular renderers releasing separate GPU versions.

While GPU rendering boasts faster render times and looks very promising, it still has some problems to overcome. Most notably, it provides less accurate renders, has issues with large scenes and complex simulations. Even though GPU rendering is not widely used in architectural visualisation yet, it is improving and becoming a part of many artists' workflow.

Another task that GPUs may have to handle in is running real-time 3D experiences. Interactive walkthroughs and virtual reality experiences can be very taxing on the system and need a powerful video card.

Memory stores short-term data, it caches information that is actively in use to allow for quicker access. Memory is important for tasks such as rendering complex scenes, rendering at ultra-high resolutions and editing 4K video.

As a rule of thumb, 32GB is the minimum for architectural visualisation, with 64GB being an ideal amount for most builds. Fortunately, upgrading memory is trivial, providing the motherboard has space for it. 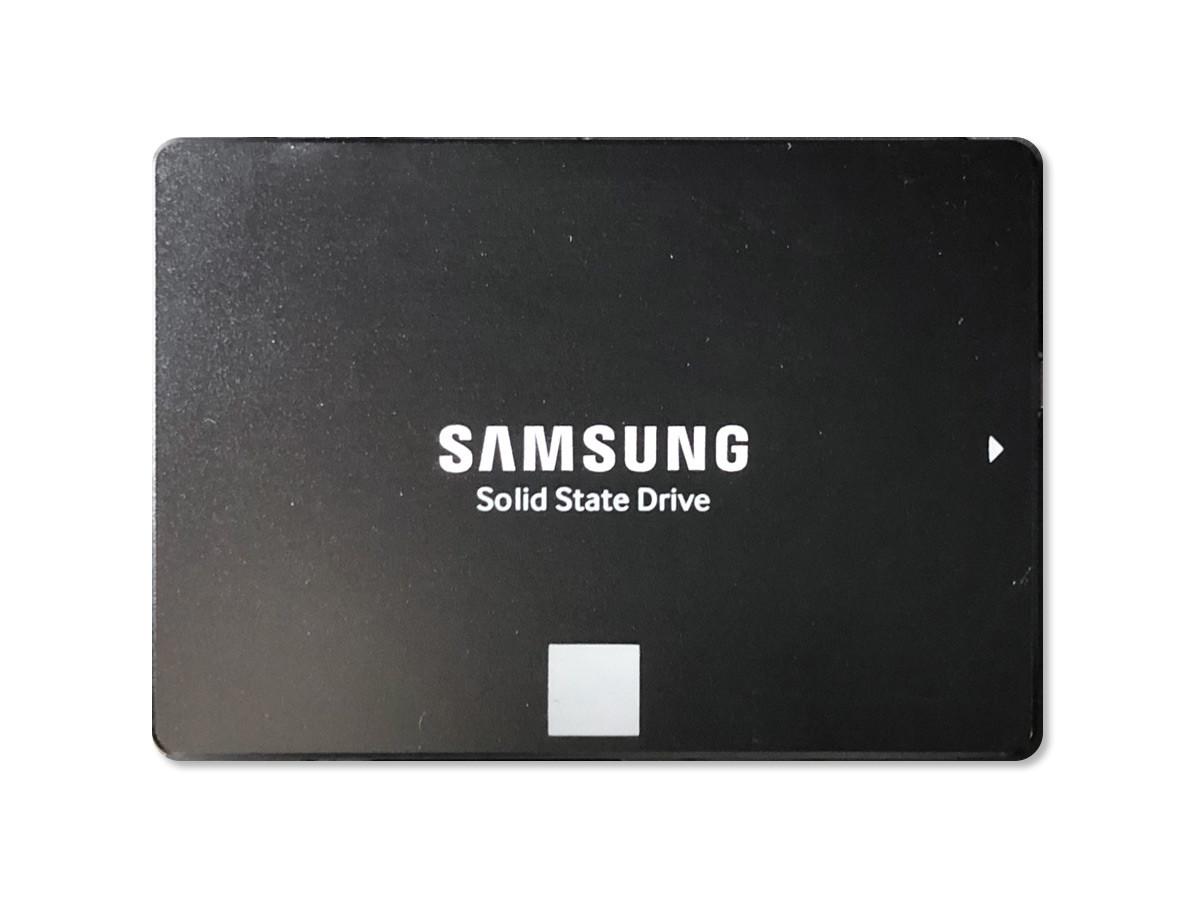 Storage refers to the internal hard drives that store your files and operating system (OS). A faster hard drive will speed up powering on, load times for applications and pretty much everything else. A common setup is to use a fast primary storage drive for the OS and applications. Then to install a larger but slower secondary drive if more space is required. 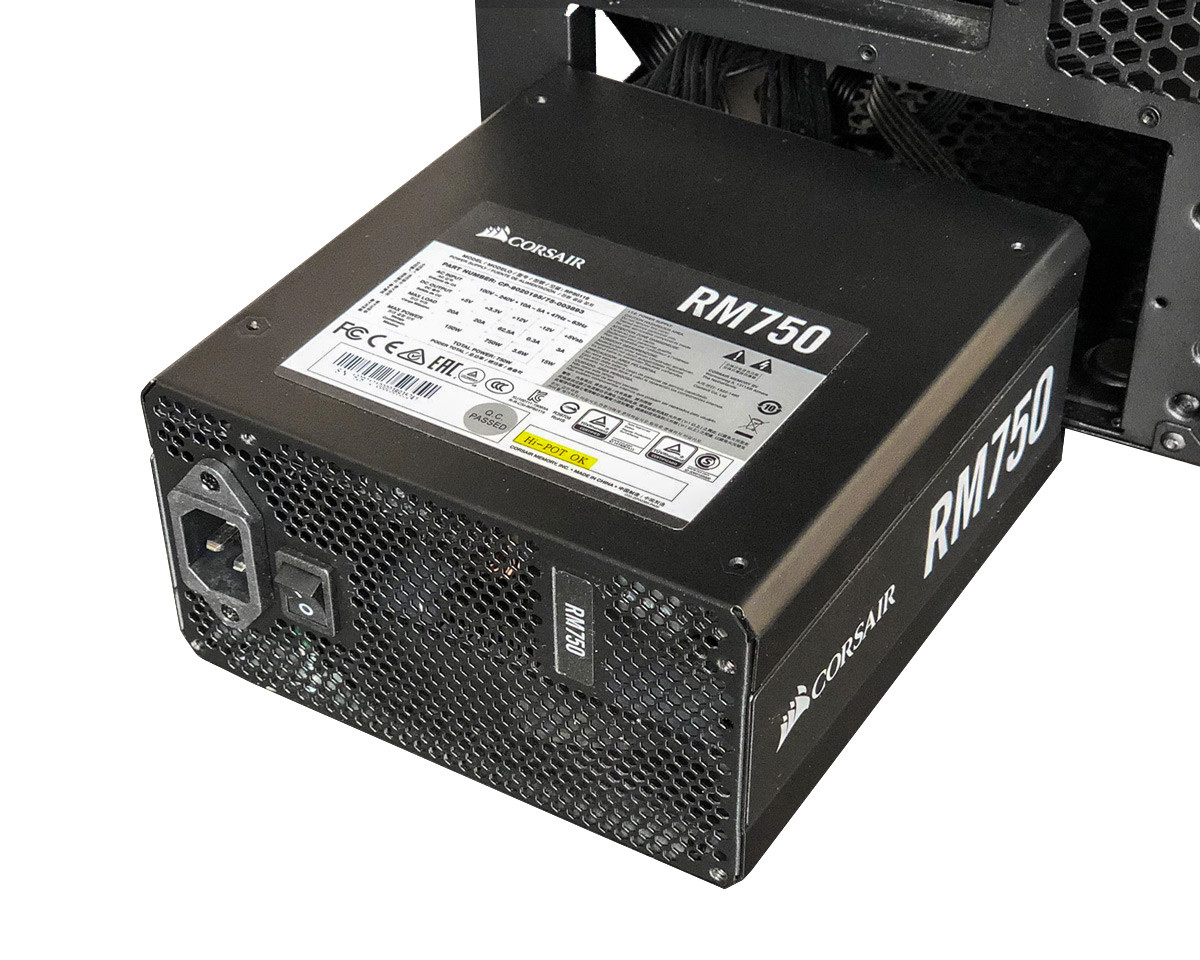 The power supply unit (PSU) converts electricity from the plug sockets into the usable power for components inside the PC. Selecting a PSU with a high enough wattage to power all the PC's components is important. We will look at how to estimate the wattage of a build shortly.

It is sensible to expect that these workstations will be rendering for long periods. Thus, select a reliable and efficient PSU. Opt for a well-known brand (EVGA, Corsair or SeaSonic) and an efficiency rating or 80+ gold or higher. 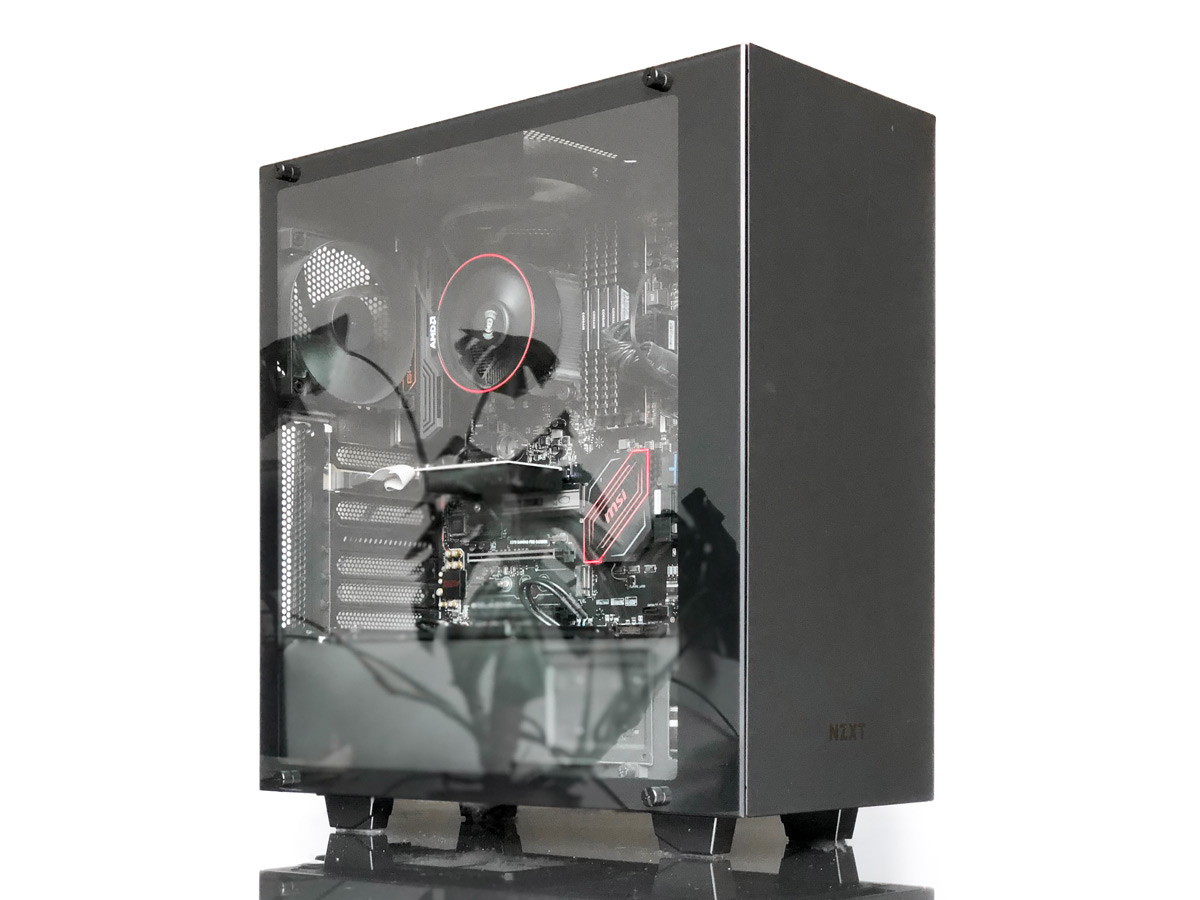 The case is the enclosure that houses all the other components. When it comes to selecting a case, look for more than the colour, material or if it has a glass panel. Picking a well-designed case can make your job of piecing everything together much simpler. So, go for a well-reviewed case from a reputable brand (Fractal, Corsair, NZXT, etc.).

The operating system (OS) is system software that handles your hardware and software. Unlike most prebuilt PCs, you will need to buy the OS separately. In most cases, this will be Windows 10, the main reasons for this are:

Now that we have covered what each component does, let's talk about the easiest way to select parts and ensure they are all compatible. We recommend a tool called PCPartPicker.

It does the following:

We have specced out and included two architectural workstation builds below. These include a budget build that is great value for money and a more expensive build that offers more functionality and power. These recommended builds aim to provide guidance and give you a starting point but do your own research and tweak these builds to better suit your requirements and budget.

This is a fantastic budget build that packs a powerful punch. The twelve-core Ryzen 3900X has a Cinebench r15 score of 3168. So, it will speed through renders. It also comes with an excellent stock cooler, the Wraith Prism, which makes it even better value for money. The rest of the build consists of - 32GB of RAM, a 1TB NVME SSD and an RTX 2060 video card. Altogether creating a balanced budget build for architectural visualisation.

Possible upgrades to this build are:

This high-end workstation will handle anything you throw at it! The most expensive (and important) part of this build is the AMD Threadripper 3970X. It has an insane 32 cores and a Cinbench r15 score of 7398. This makes it more than twice as fast as our already powerful budget build. This build also includes - a liquid CPU cooler, 128GB of memory, a 1TB NVME SSD and an RTX 2070 SUPER video card.

This build will already be powerful enough for most artists but, if you feel like upgrading it, you could:

So, now we have told you what you should do, let's show you what we actually did. Here are some pictures of a workstation build we completed earlier this year. 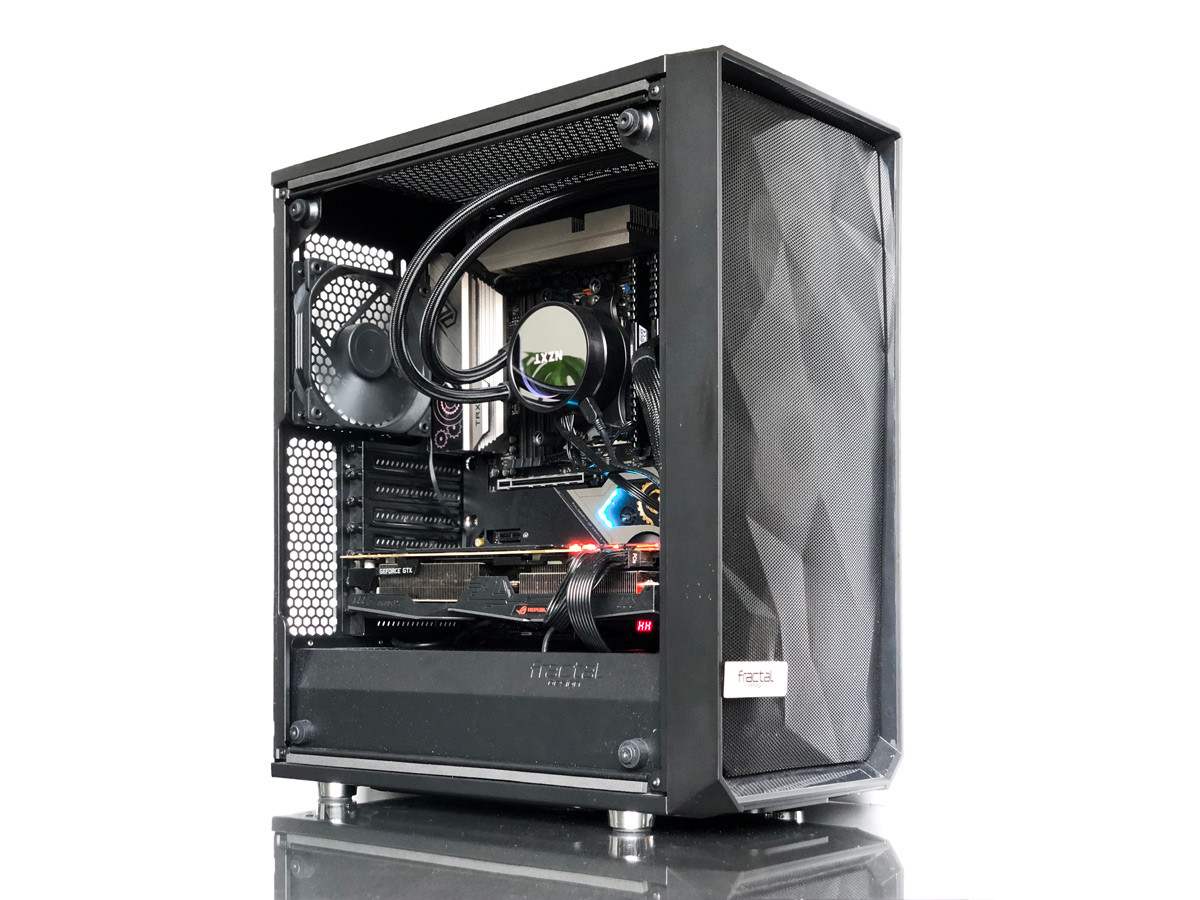 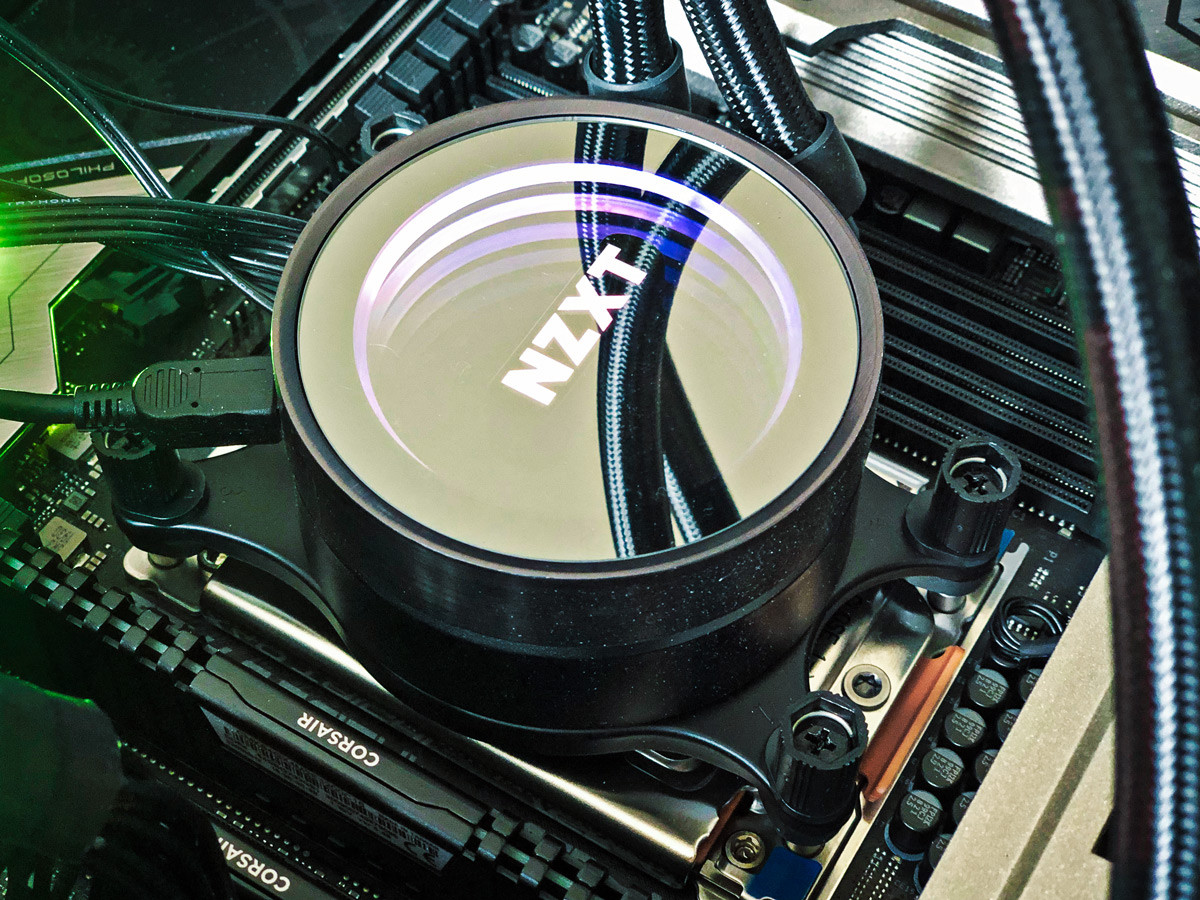 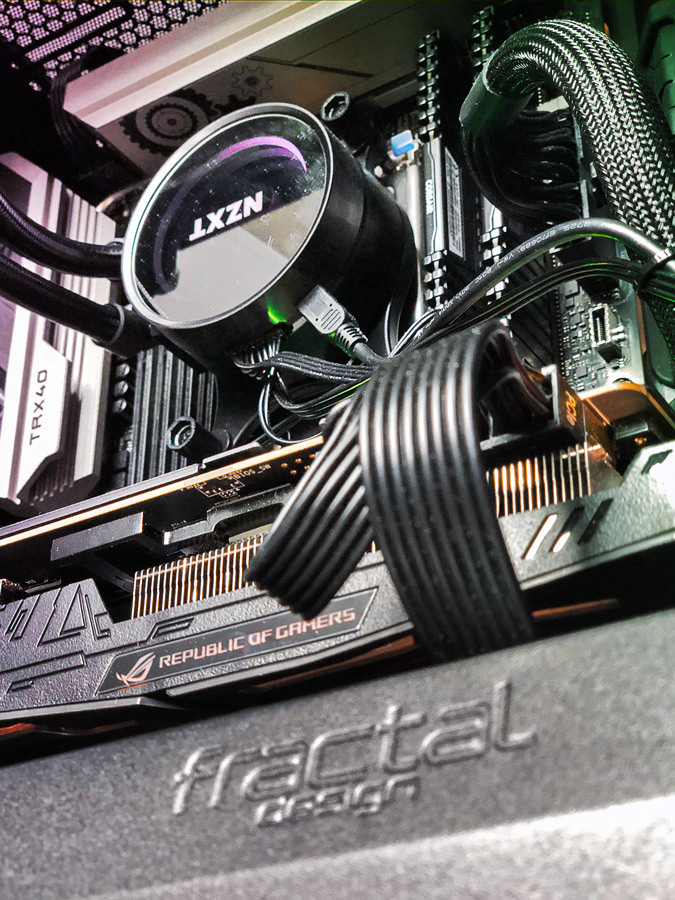 You might recognise some of the components we mentioned earlier. In fact, it is nearly identical to the high-end build we recommended above. The only difference is we used a GTX 1080 Ti video card that we had from another build.

We hope this helped develop an understanding of the components that go into a workstation and their specific role in architectural visualisation. Each of these parts play a key role in the production all our 3D renders, architectural animations and interactive walkthroughs.

Next time you are ready to upgrade to a new PC, consider building it yourself. It is easier than you think!

Let us know what you think! Would you like to see more content like this? Or have you got a question for us? Either way, we look forward to hearing your thoughts and continuing the discussion.

Alternatively, if you want to talk about career opportunities, discuss an upcoming project, or just say hi, we would love to hear from you too!